Angela Gaughan became the 50 Things Lead for Wakefield when the LA joined the project in the summer of 2020. Hana, one of our Marketing and Communication Officers, catches up with Angela a year after launch to reflect on the highs and lows, and to celebrate Wakefield’s 50 Things first anniversary!

Hana
So Angie, do you want to tell me a little about Wakefield’s initial launch of 50 Things and the successes you feel you had?

Angela
We signed up to 50 Things during the height of Covid, the children’s board wanted to launch 50 Things while we were at the height of Covid so it was a quick turnaround. We’ve been lucky because we’ve had social marketing people on our team to start with, Jonny who was the lead, suggested we do a thunderclap meaning we get all our partners and everybody involved in terms of launching the social media posts at the same time. We managed to get 250 downloads in 24 hours, after 48 hours it went up to about 350 downloads.
Essentially we pushed it as far and wide as possible and it seemed to take off really well.

Hana
It’s interesting because you’ve not been able to do a massive launch due to the pandemic, are you surprised at how well your launch and the subsequent year has gone despite not being able to do a big event?

Angela
For me it’s two-pronged, we were very keen on the downloads to start with, we set ourselves a goal of 1,200 downloads for the year and we reached that within the first 4 months. And then we set the target of 2,000 downloads before the end of year one and we smashed that too. But for us, we’re really keen on the momentum and the engagement, so yes, our first year has been really successful in terms of downloads and raising awareness and I think that’s partially to do with the pandemic and people looking for things to do with their children, but we’ve been very lucky in our partner engagements that we’ve had. One of our biggest successes will be seeing people engaging with the app and that it is supporting children’s development.

Hana
So a year on, what would you say has been a highlight for you with this journey?

Angela
Oh so many things, definitely how the partners have embraced the project, putting it into their service, their meetings, they’ve really embedded it. It’s been great to see that many parents have heard about 50 Things through health visitors, which is brilliant because it means that the health visitors are promoting it.

Another great success has been launching our Early Years Champions initiative, so getting settings and providers to sign up to become champions which means the setting as a whole, signs up to 50 Things, they embed it within their delivery, especially now moving into September 2021, the EYFS is changing and settings can adapt it to their own approaches, we’re hoping that a lot of early years settings will use 50 Things within their adaptations of the EYFS. We’ve had 92 settings and providers sign up to that Champions Initiative.

Angela
I think in general we’ve been lucky because I’ve been dedicated to this in my role, I was working 4 days a week on 50 Things and other LA’s might not have that capacity. For any future LA’s getting involved, I would say make sure you have the right capacity and time to dedicate to it. In terms of starting and launching 50 Things, don’t go too big too quickly. When we first started it we tried to do it quite logically where we said, ‘okay this week we’ll do a thunderclap, the next week we’ll do a social media post and then in October we’ll do the word festival event.’ And from that, we could see how our different marketing approaches influenced the downloads and interest. Lastly, I would say, speak to other Local Authorities!

It has been a difficult and challenging year and many of our Local Authority partners have had to adapt their launches online. Wakefield’s marketing strategies and relationships with local partners proved that it is possible to engage with parents, settings and providers.

We can’t wait for what Wakefield has in store for its second year with 50 Things!

Take a look at Wakefield's local reach out below! 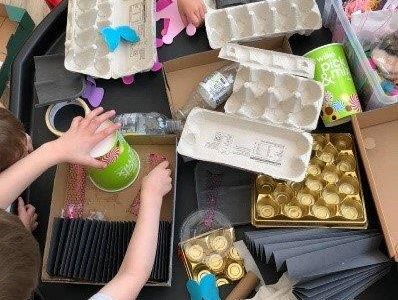 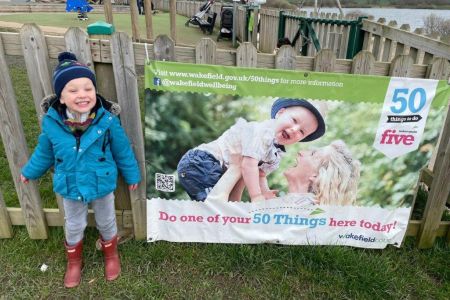 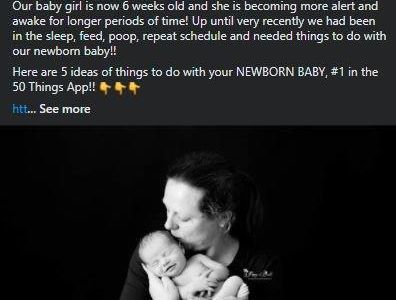 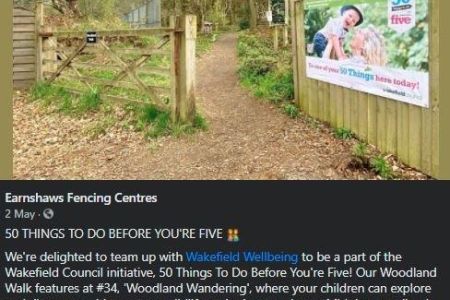 How will Local Authorities Promote Healthy Development During Early Childhood?

How can Local Authorities promote a Summer of Play to enhance learning, health and school readiness?